Well, it's a new year, and one that I'm believing is going to be filled with health and all the wonderful Blessings of God for both me and my family and all of you and yours.  Our Christmas guests have gone back home except for my Dad who has decided to stay a bit longer with us.  We moved from the other house on New Year's Day into the Beach House and we will be staying here until the middle of February.  I couldn't think of a better time to be away from home with all the cold temps and winter storms they've been having, but we are having a touch of cold here as well right now.  Tonight it's supposed to get down to 35F and it's quite windy. I won't complain though, it's nothing compared to what everyone else is going through at the moment.

I've already been enjoying living right at the beach and I'm looking forward to getting to spend a lot of quality time with my good friend the ocean.  I can't even explain it, but my troubles and stress just melt away once I get near it.

Here's a couple of shots from the balcony: 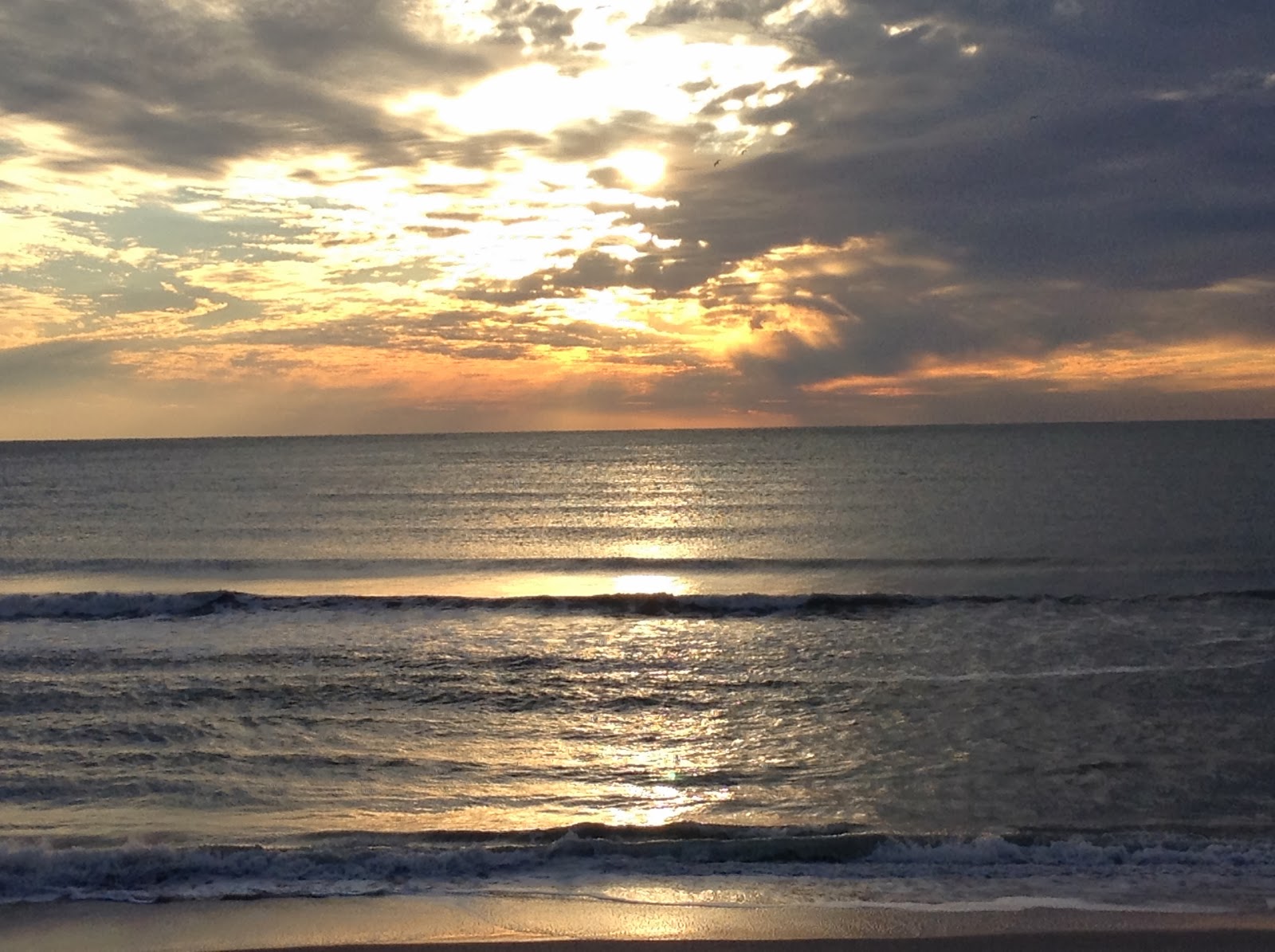 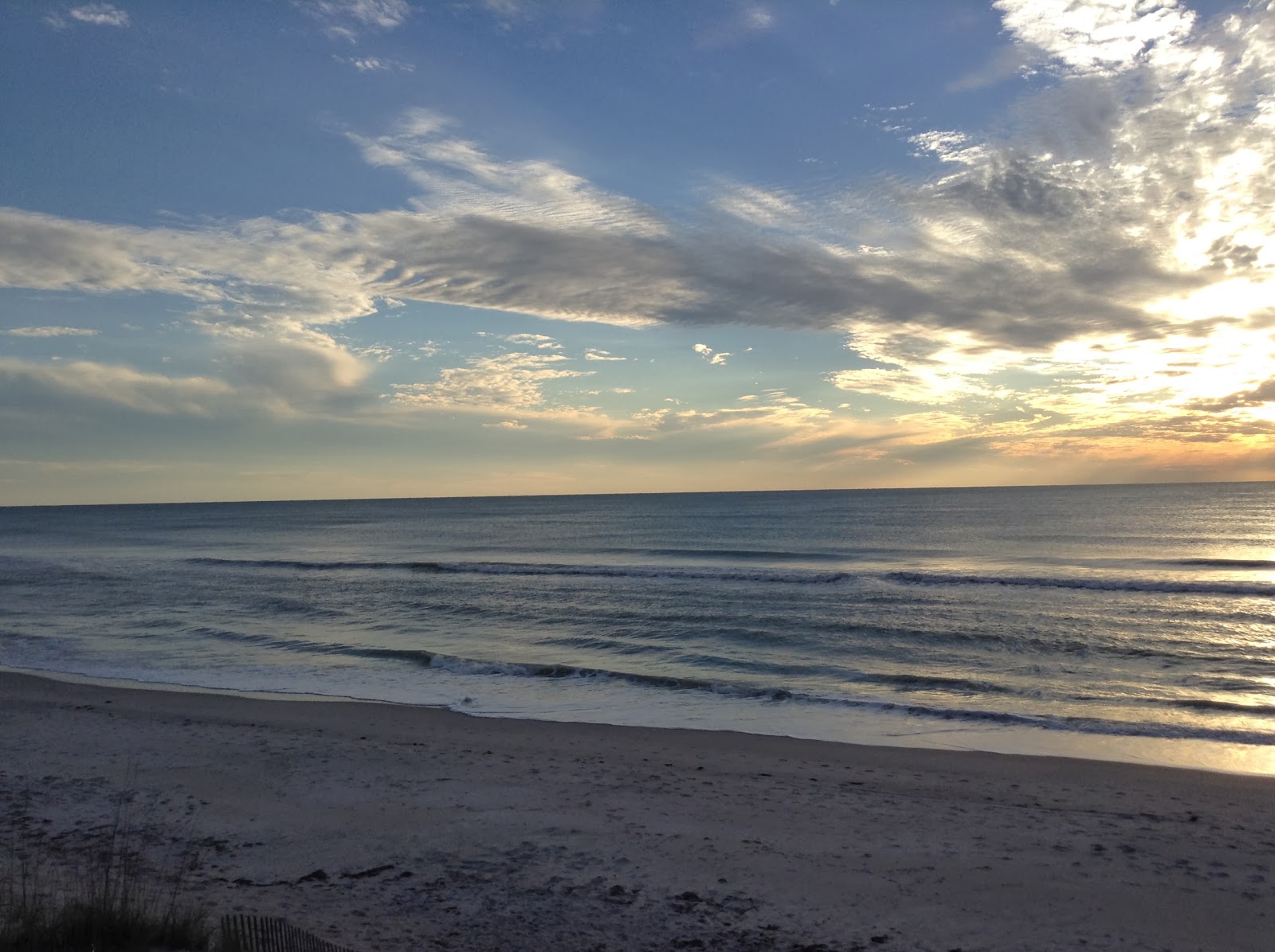 It really is breathtaking, I can't get over how blessed I am to have this experience.  I'm grateful...so very, very grateful.

I hope that you all had wonderful Holidays and that you're enjoying this time of planning for the year ahead.  I'm very excited for this new year.  Already I've got a lot of dreams and wishes, goals and plans in the making.  It's going to be a good one, I just know it.

Merry Christmas one and all!!  We wish each of you a Blessed Holiday Season!!
Love,
The G family 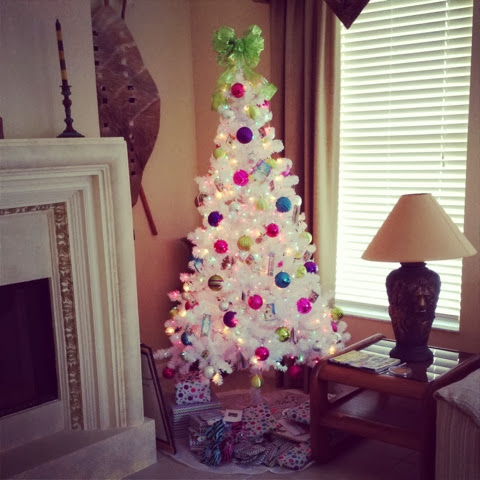 Today is going to be a bit of a random post.  I thought it the best way to write one this morning since I'm feeling pressed for time but yet I still wanted to post today.  So here it goes!

My Dad made it here safe and sound last night!  He left home a week ago and took his time driving all the way down.  He stopped to visit with family in Michigan and then was going to visit my Uncle in Atlanta, but he was recently sick in the hospital with a bug and was just released but wasn't allowed visitors, so he hopes to see him on his return travels.  He also did some touring and just enjoyed his days, which is wonderful since he hardly ever gets a chance to relax and do things like this.  We were beginning to wonder if he would make it for Christmas, but he surprised us by showing up last evening.  Emmie was beyond excited to see him, it was the cutest thing.  My sister and her husband are flying down tomorrow, so she is going to be even more excited.  She likes to have all her "people" together in one house where she can take care of us all.  She has a big heart and loves each one of us, but her particular favourite is her Uncle J, she just adores him.  I'm excited to see her reaction when he gets here tomorrow.

Today's plan is to finish up some last-minute crafting and to wrap the gifts and get them under the tree. I'm still not feeling particularly Christmasy yet but I hope by listening to some Christmas music and getting things together that I will start to feel like it's really almost here.  I'd also like to bake some sugar cookies, but those may have to wait until tomorrow, we'll see how I am with time today.

Anyways, I should get to it!!  I hope that all is well with you in your part of the world today and that you're enjoying getting ready for this special and magical Holiday Season!!

Photos from My Day 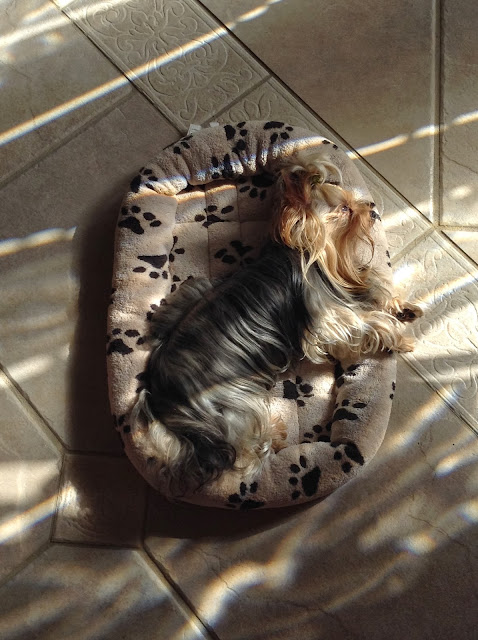 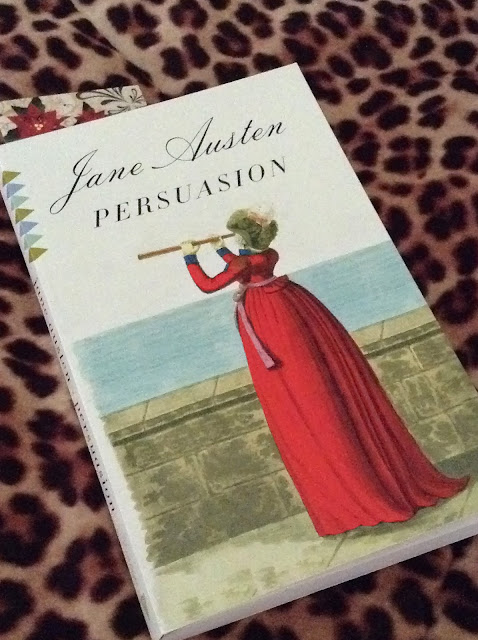 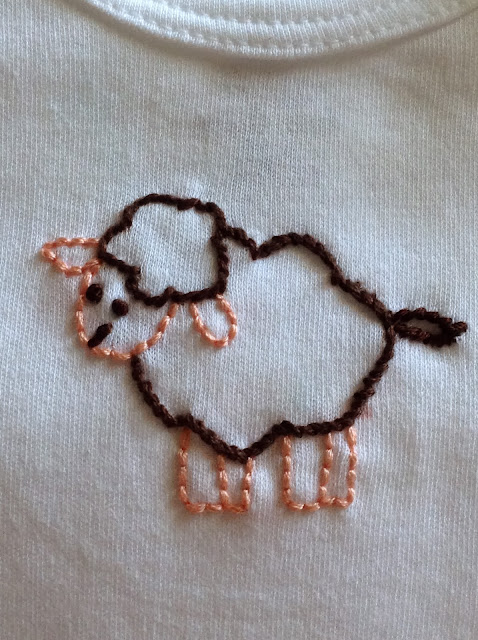 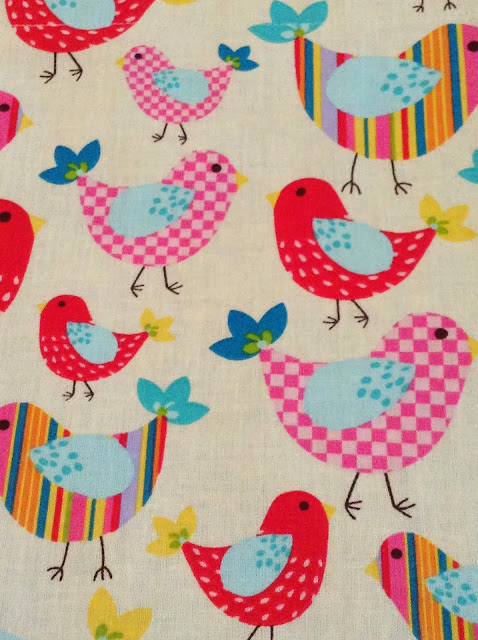 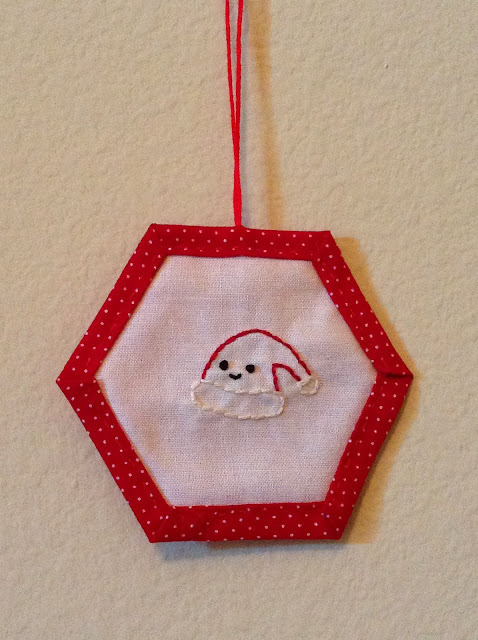 Today's project: a little baby onesie with a cute sheep embroidered on it for a special "welcome new baby gift."  I've been working on a couple other things these last few days that I think I can share next week :)
I hope you all are having a wonderful weekend!!

I want to start off by saying a big thank you to everyone for all the sweet comments and kind words about the passing of my Grandma.  Each one touched my heart, you all are so wonderful!  My Mom was able to fly back for the funeral, but I had to stay here with little Emmie, which was an adventure since I'm not really used to staying home alone at home, let alone over 2,600 km away from my family.  It's good character building though!  And it really wasn't bad at all, still not my favourite thing, but I'm getting better at it.  I tend to have a lot of one-sided conversations with the dog, but my sister was great and FaceTime chatted with me every day which helped a lot.  I never really realized it until now but I'm actually quite glad to live in this era because technology has brought those who are far away much closer to us and makes the distance seem a lot shorter than it really is.  I always thought I was born in the wrong decade, but now I'm not so sure.  Anyways, Mom flew back last night, and I'm sure I've almost talked her ear right off already.

December has snuck right up on me.  It doesn't seem like Christmas is just around the corner, but yet it is.  I've got a lot of my Christmas shopping done already, but there are still a few more things I need to pick up and a couple of projects I'd like to make.  I put a small pink tree up in my bedroom the other day to help get me in the spirit. 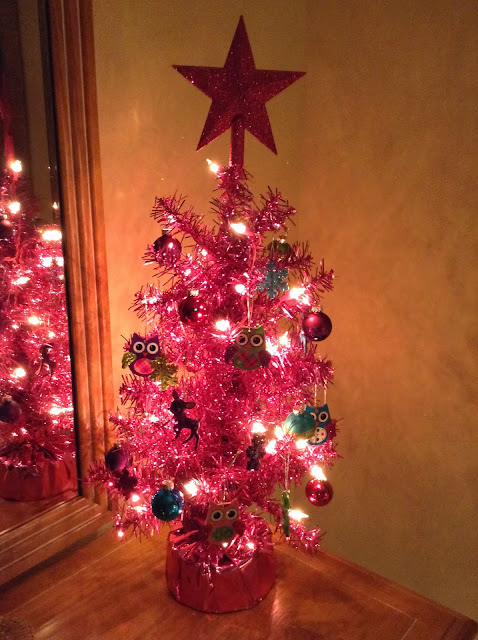 We put up our bigger tree in the living room this afternoon, but it still needs a tree skirt and angel topper so I don't have a picture to share just yet.  I think as we do more preparing for the holidays it will start feeling like Christmas, it's just so strange not being at home and not having any snow.

Anyways, I really do want to thank you all again.  It's so wonderful to have such caring and supportive friends.  You all bring such a smile to my face everyday with your comments and emails.  I feel very, very blessed!

Email ThisBlogThis!Share to TwitterShare to FacebookShare to Pinterest
Labels: Christmas, Holidays, Me

I'm writing today's post with a heavy heart.  Tuesday night we got word that my dear Grandma Sirkka passed away.  I've mentioned her quite a few times here on the blog, she was my knitting Grandma who has always been my hero in both crafting and life in general.
She was born in Finland in 1923, the oldest of 5 children and grew up on a farm where she learned how to make most of the things she would ever need or want by hand.  She survived both the Winter War and WWII, which for any of you who are familiar with history would know was pretty horrific in Finland, and worked in a factory right out of high school while the men were at war.  She married a handsome Finn who looked like Ricky Riccardo in 1946, and in 1951 she left her entire family and immigrated to Canada as a young wife and mother with her husband and young son while pregnant with my Aunt.  She had to learn new languages and customs in this country, Polish being her first language because that was the community they first moved to in Quebec.  One of the ways she would learn the words was by looking at the pictures on the cans at the grocery store.  They moved to our island when my Mom was 10 months old, and settled down permanently in one of the little towns.
Grandma would sew and knit for her family as well as cook and bake delicious meals.  She was an amazingly creative woman who could look at a picture in a magazine and either sew or knit the object without any patterns or instructions, and they came out looking exactly like, or even prettier than the picture.  Her knitting was legendary.  To this day, people still remember my Mom for all the beautiful sweaters she would wear that Grandma knit for her.
She never wasted anything.  After the clothing she had sewn had worn out, she would take the fabric and turn them into pillow covers or patchwork quilts.  I remember her telling me how when she was a young girl she knit herself a one piece bathing suit and when she grew too tall for it, she cut it apart around the middle, stitched it up on the ends and turned it into a bikini!  She has inspired all of us by her creativity and resourcefulness and to this day we each apply things we learned from her in our everyday lives.
She was the dictionary definition of sisu: which is determination, perseverance, and courage among many other things.  Here's a partial explanation of what sisu means taken from a Finnish survey done in March and May 2013:

Among the main findings was the perception of sisu as a reserve of power, which enables extraordinary action to overcome mentally or physically challenging situations (rather than being the ability to pursue long-term goals and be persistent). To elaborate on the function of sisu: it is a powerful psychological potential which enables the individual to tap into mental strength beyond their pre-conceived resources. Wielding sisu in the face of adversity helps individuals push through what first seemed like the boundaries of their mental or physical capacities. Furthermore, sisu is an action mindset which equips the individual to choose to take on challenges beyond their observed capacities. It provides the final empowering push when we would otherwise hesitate to act.  Sisu can be conceptualized as taking action against the odds.
She was so brave and courageous.  Impossible was not a word in her vocabulary.  To her, you could do or make anything if you put your mind and will to work.  She didn't back down from challenges, but rather met them head on and persevered.  She was strong, determined, brave, funny, giving, tender-hearted, steadfast in her faith, and talented beyond belief.  She will always be remembered as one amazing lady and I hope that one day I will become even half the woman she was.
She is going to be greatly missed by us all, but she will live on through our memories, the knitting that we do, her projects that we still have today, and through the people we have all become from her influence on our lives.

Armida
Welcome to my little corner of the world where I share bits of my life, knitting, crafting, designs, inspirations, ideas and plans. I chat about what I'm up to and what I'm planning next. For more about me, please check out my About Me page.